A Gift of Life 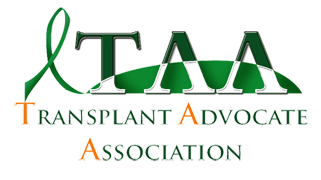 This story begins at a sporting event on a hot summer afternoon in August of 1998. As we climbed up into the bleachers, I noticed a distinct shortness of breath. Little did I know at the time, this was the beginning of life changing events.

I retired in December of 1998 in what I thought was perfect health. We started 1999 with great expectations, we took a cruise, many short trips, and our daughter was getting married in the fall. There was lots to do and we were enjoying all of it.

Around October of 1999, I developed a chest cold and a cough I couldn't get rid of. Our doctor was not concerned, but eventually sent me for a chest x-ray. The result was pneumonia. After two different treatments, my x-ray was not good and my oxygen level was decreasing. After many visits to internists and lung specialists, they took a biopsy from my lungs. The diagnosis was idiopathic pulmonary fibrosis. At the time, we had no idea what this was and expected the doctor to say, take this medicine, you won't get any better but you won't get any worse. Were we wrong?

I was sent to the Firestone Clinic at St. Joseph's Hospital in Hamilton. The respiroligist I had was very good. On our first visit, our appointment was for 11:00 a.m., we didn't leave his office until 1:00 p.m., and all he did was explain the disease to us. We were told that medication for this disease works only maybe 5% of the time. I was put on large doses of prednisone. I was closely monitored for approximately 6 months. I certainly didn't get any better and by now I was on oxygen all the time.

In December of 2000, I spent 5 days in the Toronto General Hospital to see if I would be a candidate for a lung transplant. By this time we had sold our home and moved into a condo, as I couldn't handle the stairs and we felt the general overall maintenance of the house was too much.

These were very anxious times, as by now we knew a lung transplant was the only answer. In Feb. of 2001, we heard I had passed, if you want to call it that, all the tests I had been put through. The only one left was an angiogram to see if my heart could stand the surgery.

It was Friday afternoon, March 8th, 2001, when we finally got word I was being put on the list for a lung transplant. We were supposed to go into the hospital on Monday to talk to the surgeon, sign the papers and pick up a pager they provide you with.

Monday morning around 1:00 a.m., we received a call from the hospital, they had lungs for me. We rushed to the hospital, where we were met by a team of nurses, who began preparing me for surgery. I.Vs, blood work, etc. etc.. There we were waiting patiently or probably impatiently, when at 10:00 a.m., we were informed the surgery was a no go, as the lungs they had were not suitable for a transplant.

The next week I began a program at the Toronto General Hospital that prepares you for the surgery. I went three days a week for an hour of exercise. We attended meetings with other patients waiting for a transplant and also patients that had already received lung transplants. We really learned a lot, and became like a family.

On May 27th, 2001, we received another call and we rushed to the hospital. This time the nurses and doctors were really rushing, saying they were ready to go. We had only been at the hospital for approximately ten minutes; they were starting to take me to the operating room when again we were informed the surgery was a no go.

On Wednesday, June 13th, 2001, I was getting ready to go to Toronto for my exercises and I said to Nancy, I just can't go; I had physically and mentally hit the wall. We called the hospital and I went in the next day. After more tests Thursday and Friday, they said stay for the weekend and you will probably go home on Monday.

Saturday morning Nancy and her girlfriend arrived to spend the day with me. They had gone down for a coffee when a doctor I didn't know came in and said how you are feeling. He was a lung surgeon and said we think we have something for you. The operating room was booked for 7:00p.m. Our three children were called and they all wheeled me down to the operating room. Nancy was still doubtful this was really it and asked the nurse if she would let her know when the surgery had actually begun. It was around 10:00 p.m. when the nurse came and said everything was going well. The surgery lasted 7 hours.

I don't remember much of the next couple of days, but I do remember waking up late on the Sunday, it was Father's Day and I had received a double lung transplant and I have never had a better gift. I was in ICU for 2 days and the step down unit for 5 days. I was in the hospital for a total of 20 days.

After the surgery, they start you on an exercise program to help you regain your strength. We again went 3 days a week to Toronto for 3 months.

It has been a wonderful experience and we cannot say enough about the health care I received.

It is 7 years June 16th, 2008 since my surgery. I still go every 2 months for blood work and pulmonary tests and once a year for a complete assessment.

I am living proof that organ donation works, and does make a difference. I hope everybody will consider organ donation and sign their donor card. The lung transplant program is second to none.